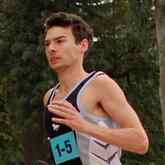 I’m a little bit late on this post, but recent news is that Harry Summers (from Sydney) has moved himself into second place on the list of fastest Aussies to ever run the tan. The feat was accomplished on his leg of the recent (annual) tan team relays.

Well done Harry. Will get a photo of the leader board up here when it’s updated.